We have just published an article in Autism, “Adapted cognitive behavior therapy for obsessive compulsive disorder with co-occurring autism spectrum disorder: A clinical effectiveness study”. The article is available for free for a limited amount of time!

Adults with autism spectrum disorder (ASD) often experience mental health problems such as obsessive compulsive disorder (OCD). However, individuals with ASD are typically excluded from research on the treatment of OCD. Previous research has also shown that individuals with ASD benefit less from standard cognitive behaviour therapy (CBT) compared to individuals without ASD. This means that little is known about how well CBT works for individuals with ASD and co-occurring OCD, and which adaptations are needed to improve the outcomes of CBT. Adapted CBT for individuals with OCD and ASD has been developed by researchers in the United Kingdom and has shown promising results in previous studies. In this study, 19 adults with OCD and ASD received adapted CBT at a specialist outpatient OCD clinic in Stockholm, Sweden. The treatment was partially effective: OCD symptoms decreased after treatment, but few participants were completely symptom free. The limitations of the study are, for example, that there was no measurement of therapist adherence to the treatment protocol, and that adapted CBT was not compared to another treatment. The need for further development and refinement of CBT for adults with OCD and ASD is discussed. 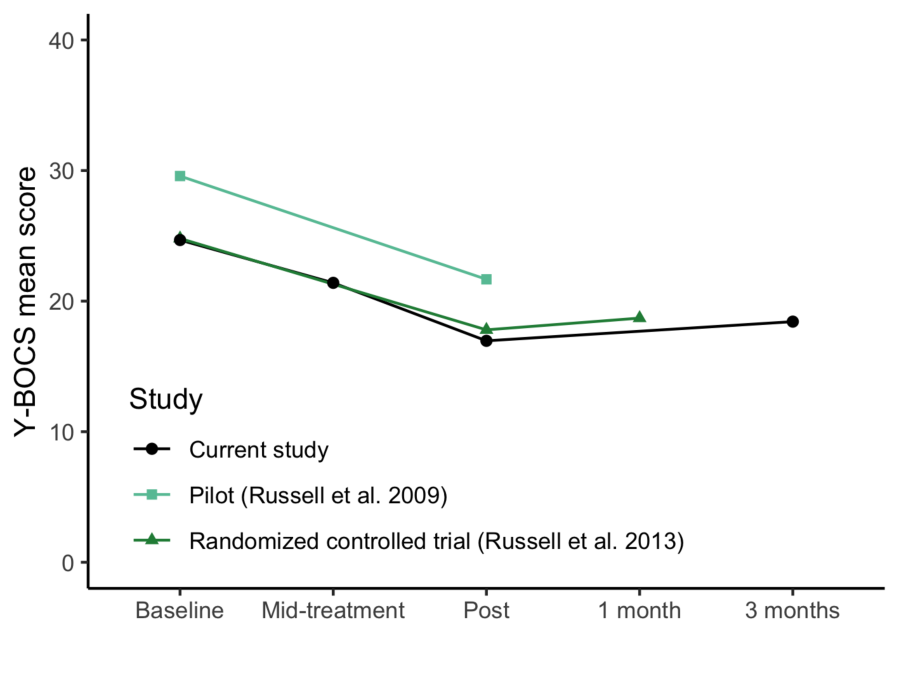 View all posts by Oskar Flygare